Is the concept of internal gear hubs a new one? No. Not even close. The original concept actually goes back to the late 1800s, starting out with 2 speed hubs, then later 3 speeds and more. Internal gear hubs have been used and are frequently being used on a large number of bikes, worldwide. Not so commonly used on high-performance bikes, though, due to some critical limitations. Until now, that is.

Sounds too good to be true? 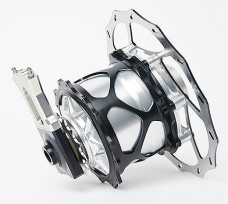 Well, it isn’t, and this is how it looks like!

Unlike an external drivetrain, where the derailleur and cassette are open to the elements, the various gears of the Kindernay XIV sit inside the hub shell, permanently lubricated, behind high quality seals. This means that it is well protected against water, sand, mud, rocks, tree stumps, branches and impacts.

For you as a rider, this simply means less problems. No more broken derailleurs, no more bent derailleur hangers, and finally an end to untimely expenses from costly cassette replacements. Not only is the single drive cog of the Kindernay hub inexpensive (it costs less than $10), but with a perfect chain line and a durable construction, it also lasts a very long time.  When it finally wears out, you can flip it, effectively doubling the life span.

In other words, drivetrain maintenance cost is pretty close to nil, especially when we consider that the perfect chain line of the XIV hub also means that the chain will last much longer. More time spent riding, with less time spent replacing parts makes good sense for most riders. The Kindernay XIV is the only internal gear hub on the market that is designed to be used with a 12mm thru axle. Pretty important stuff, then.

The hydraulic shifter actuation of the Kindernay XIV makes all those issues a thing of the past. 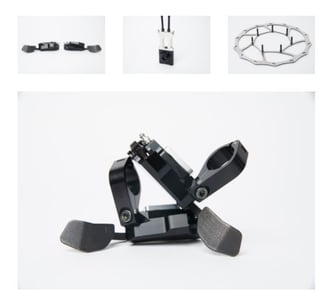 We all know and love the performance and minimal maintenance level of hydraulic disc brakes; now your shifters can have the same technology and ease of use. In fact, we use the very same hydraulic lines and hydraulic oil that is used in many disc brakes, in order to make things easy, in case you want to shorten or lengthen the shifter hoses on your Kindernay XIV equipped bike.

With no need to replace worn shifter cables or housing, the shifters are not only maintenance free, but they stay perfectly adjusted as well, since the indexing happens inside the hub. 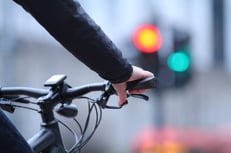 With a regular drivetrain, this is a hassle, as they require movement of the rear wheel to change gears.

With the Kindernay XIV, you just push the gear lever to hit your gear. While standing still!


When the light turns green, off you go. In the perfect gear. Every time. 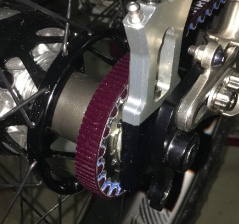 Maybe not (yet), but such unintended destruction is not uncommon for many bike riders, and increasingly so, for eBike riders, particularly for those riding eMTBs.

The high torque of the eBike motors place a huge load on the rear hub. With the oversized clutch packs and massive 160Nm torque handling capability, the Kindernay XIV makes such failures a thing of the past.

It is more than the peak torque developed by the internal combustion motors found in many family cars! Quite a bit of torque, then.

We all know how different type tires can dramatically increase the capabilities and versatility of a bike. Having various tires mounted on separate wheelsets, always ready to go, without having to dismount and mount the tires every time, makes good sense.

A separate wheelset with slick tires for road use, a wheelset with studded tires for winter use, or perhaps a different size wheelset, like a fast 29er race wheelset on a 27+ trail bike, the options are almost endless. Until now, this has required an often expensive rear hub for each extra wheelset.

This is where the Kindernay SWAP shell comes in. 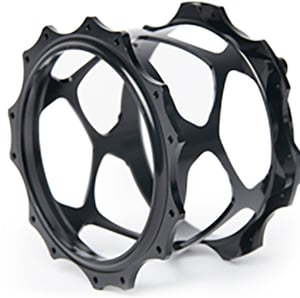 This clever, separate hubshell, allows having several wheelsets without the cost of purchasing a separate gearhub for each of them. With a standard Torx key, the Kindernay XIV hub bolts in and out of the SWAP shell in seconds.

Another bonus of the Kindernay hub design is the fact that the wheel build is symmetric.
Symmetry is pretty much always a good thing, and particularly so for bicycle wheels.

Since there is no space-occupying cassette on the drive side of the hub, the spokes can have the same length, meaning that they will be at the same angle on both sides of the wheel.

This symmetry yields a much stronger wheel. So strong, in fact, that our 28h wheels are significantly stronger than a traditional 32h wheel, while still being lighter and more aerodynamic, thanks to the lower spoke count.

Yes, there is. The Kindernay brake rotors are custom made. They share their mounting bolts with the SWAP shell, saving weight and space. Pretty clever.
As an added bonus, the large bolt circle means that they are stiffer and weigh less. That is a good combination. In addition, they are bigger than your standard rotors, with our 173mm rotor replacing stock 160mm rotors, and our 193mm rotor replaces 180mm rotors.

The Kindernay torque reaction mount is placed below the brake caliper, lifting it by 6.5mm. The diameter of a circle equals its radius times two. That is where the extra 13mm comes from. Bigger rotors means better brakes.
Not only that, they are pretty nice to look at as well:

It is limited to an oil change once a year (or 5000km, whatever comes first).  The oil change is easily done. Quickly, and with no special tools required. That’s it for maintenance. 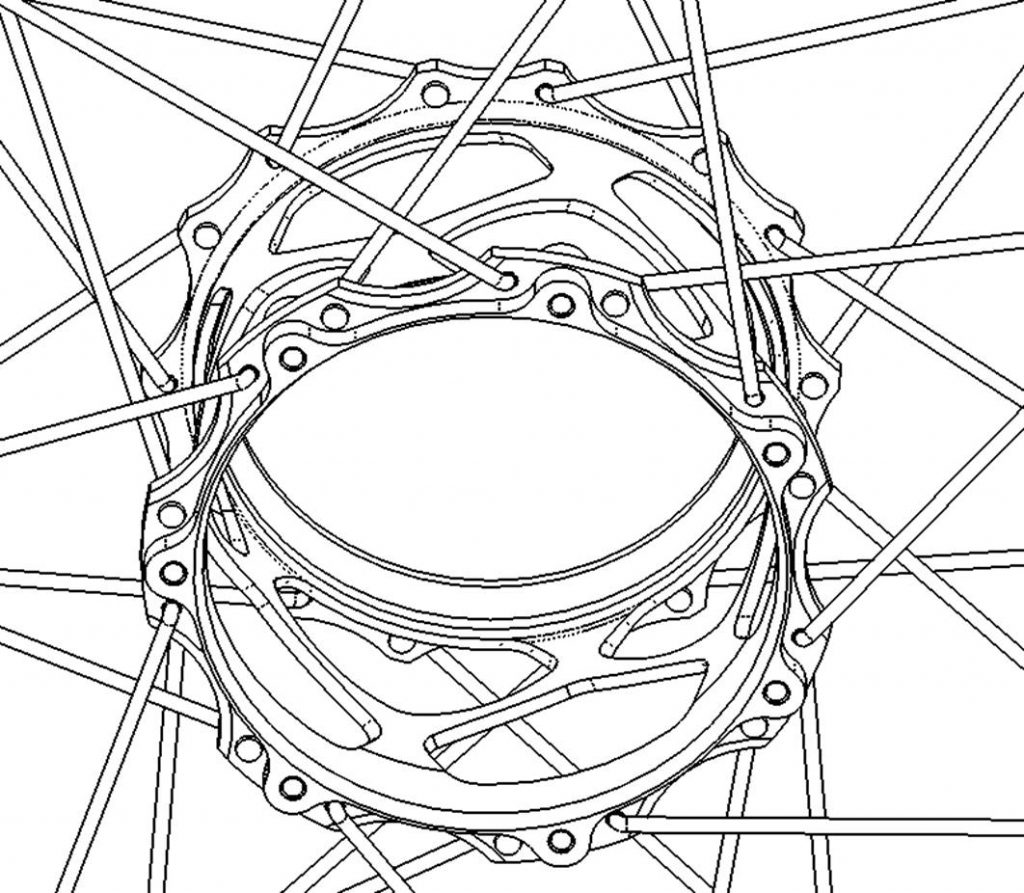 Building a strong wheel on the Kindernay SWAP shell 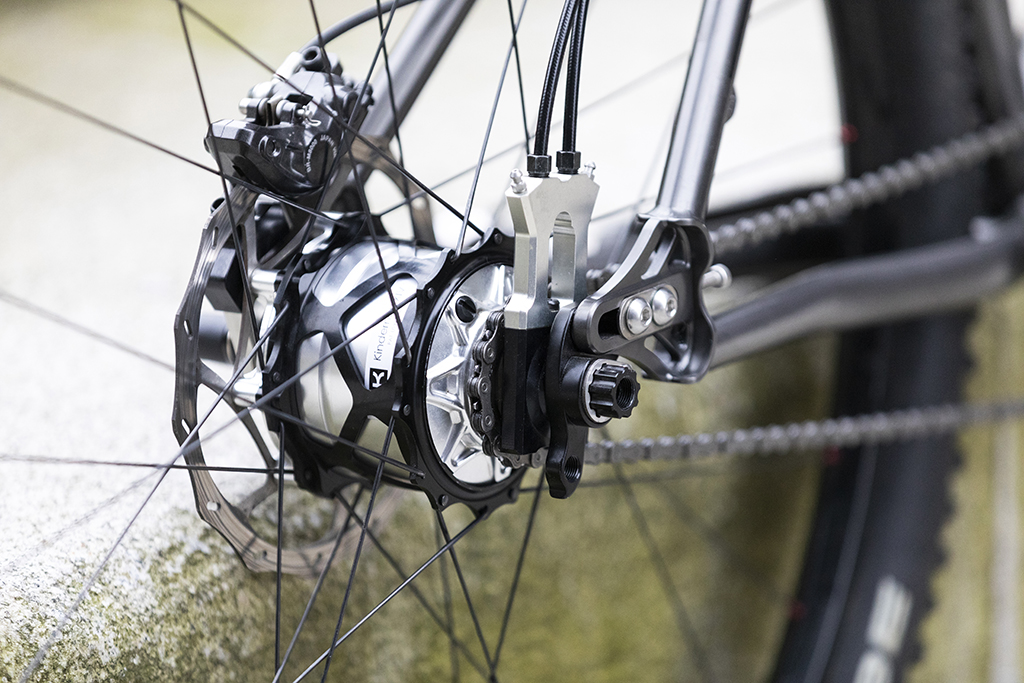 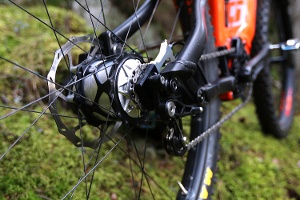 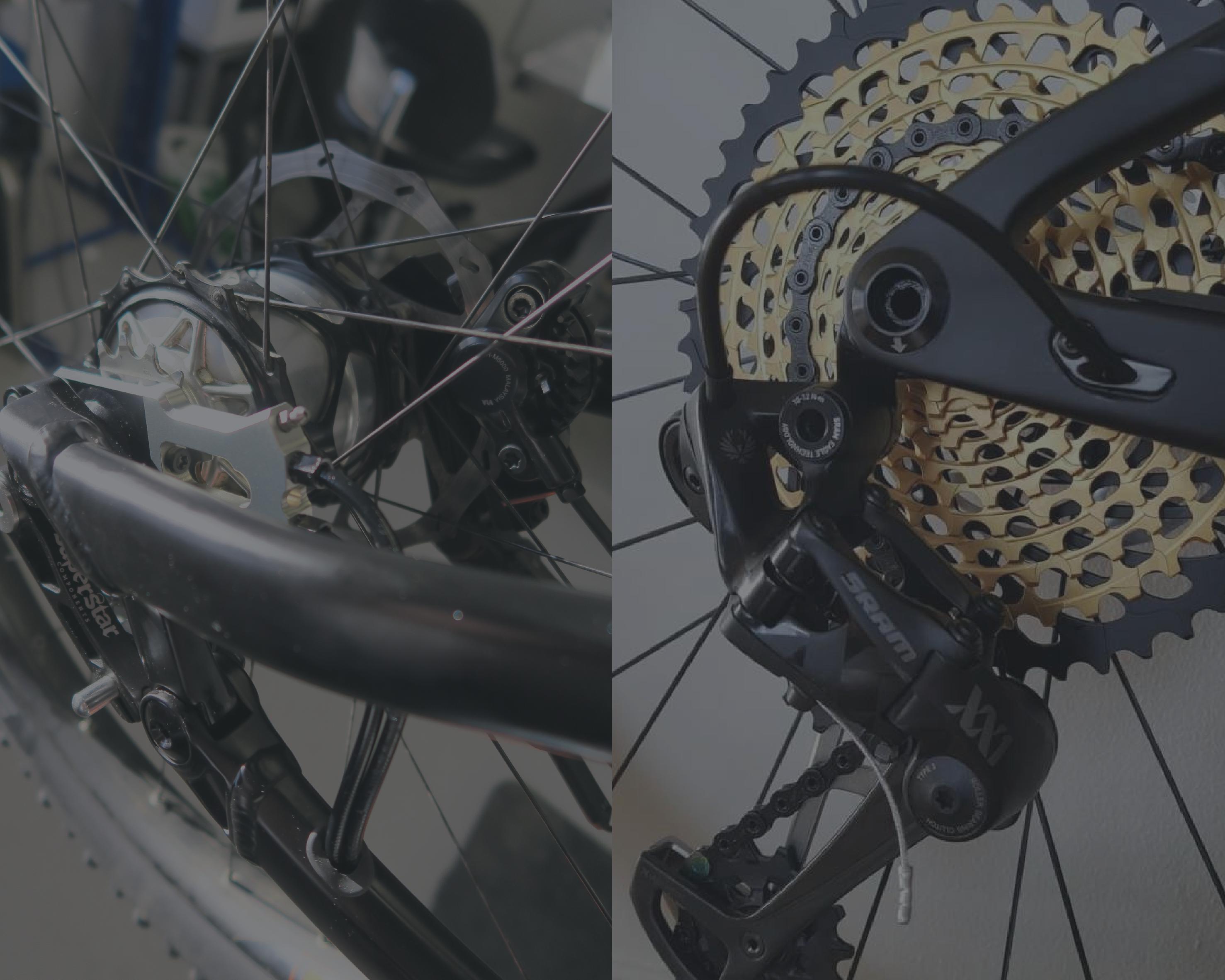 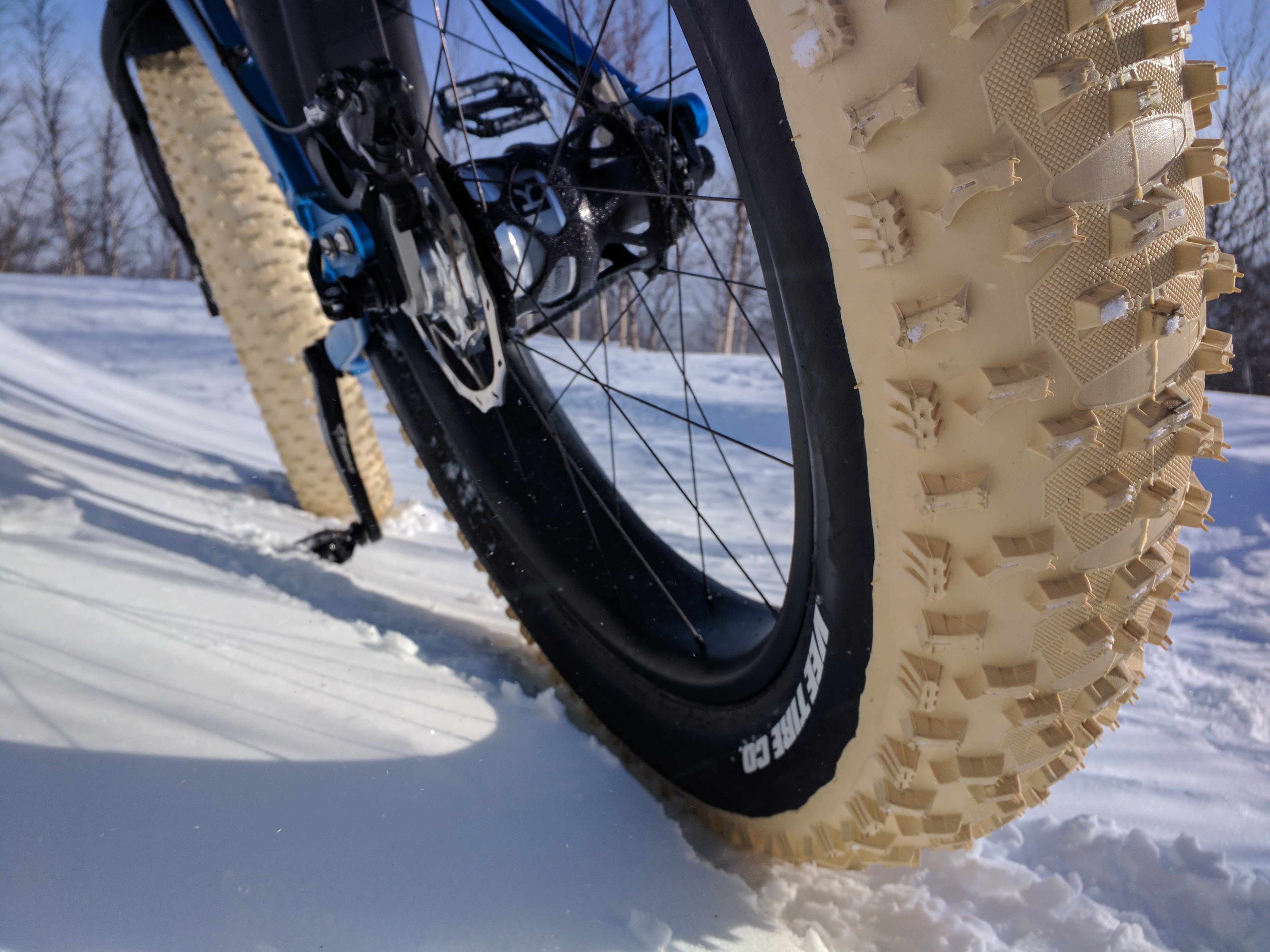 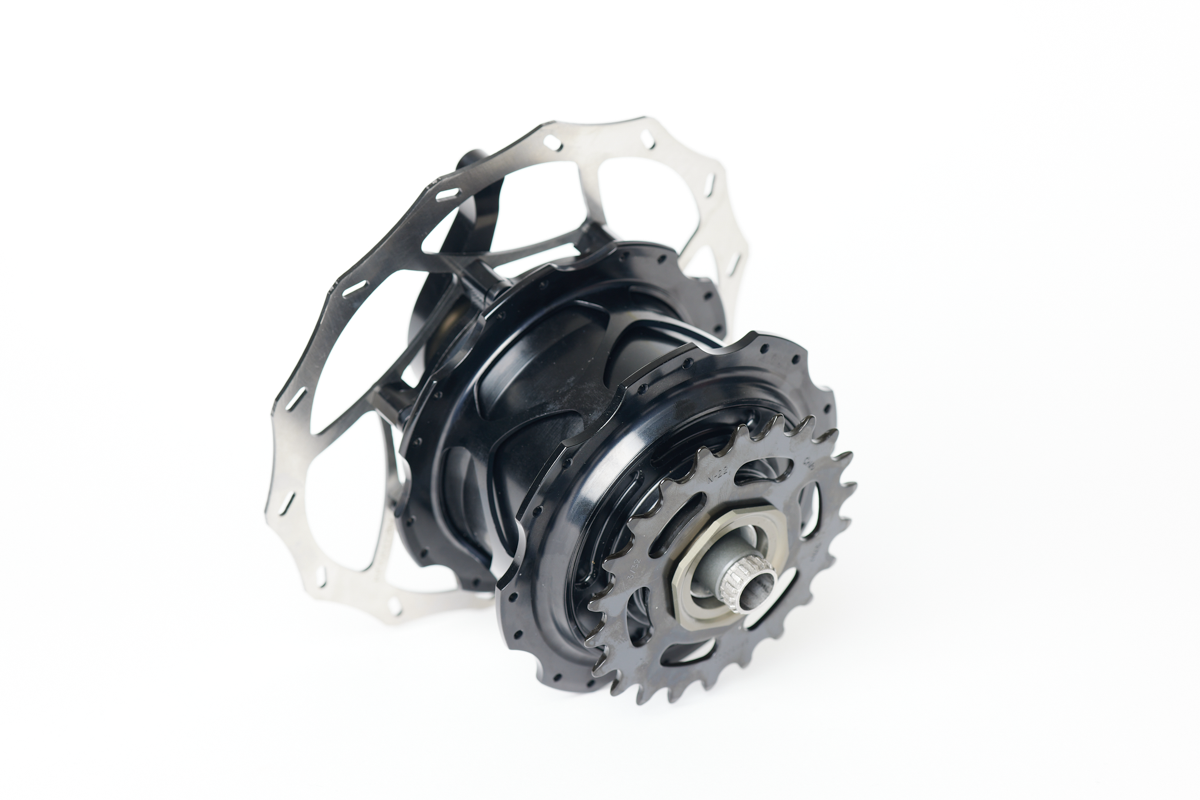